Best Internet is here to give the low down on everything LTE–and why you need it. Firstly, what does LTE stand for? LTE stands for "Long Term Evolution", and is most commonly used in connection with 4G –think of it as 4G, but better. Do you want to check if you have LTE coverage? Just click below! 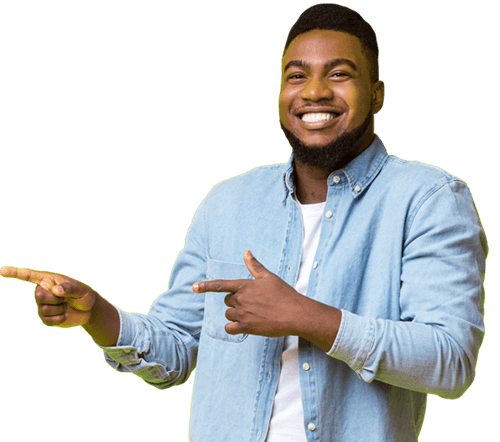 To offer you the Best Internet connection – we offer you a range of deals from the top Internet providers in SA!

We also offer some of the best LTE packages – whether you're looking for an affordable deal or something with high speed, we have it all. And the best part about LTE? It's wireless – perfect for those who are always on the go.

See what deals your favourite providers have in store for you – but don't forget to check your LTE coverage.

GB
Night
R449/pm
GET THIS DEAL

What Is LTE Internet?

It's best described as a high-speed, wireless internet solution which offers you up to 10x the speed of 3G. It requires no fixed connection and functions on mobile signals –providing connection to your devices through the radio spectrum. Its simple plug-and-play system gives you an effortless connection to fast internet without the hassle of installation; all you need is an LTE enabled SIM, device and coverage availability in the areas of your choice.

But how does it work?

LTE works through radio frequencies, similar to other connection types such as ADSL. But, unlike older connections, LTE involves moving large amounts of data at once, as opposed to smaller packets of data –to streamline internet service and offer higher speeds. Think of LTE as a highway –there are no speedbumps so you can zoom around quicker, while older connections are more like roads in the suburbs –featuring many speedbumps which will cause you to constantly slow down and accelerate your speed. Not convenient if you’ve got somewhere to go, or something to stream. We've done the digging for you!  Why search endlessly for the best LTE deals, when you can just compare the best packages with our comparison table? Your new deal is just a click away.

LTE Internet Speed - How fast is it?

There is no true standard to measure the speed of LTE–as line speeds are dependent on the network provider you choose. But on average, LTE speeds average between 10 Megabits per second (Mbps) and 40Mbps. Is LTE Internet For Me?

LTE is seen as a superior, high-speed, high - security wireless internet connection which is highly reliable – provided there is a good LTE signal available. But don't take our word for it – check out some of the pros and cons of LTE below

Fixed LTE Internet is when your LTE router is "locked" to a certain tower –meaning the signal will be set to a specific location. This is done to evenly distribute the number of users connected to the tower –to ensure the tower is not overloaded and the user has a good internet experience.

LTE Wireless Internet is the second-fastest broadband connection, behind Fibre, for mobile devices and home-use. Provided you're in an area where the LTE signal is strong, this connection offers high-speed, high-security wireless internet services.

Yes, Best Internet does offer Uncapped LTE deals from some reputable providers. But before you consider going Uncapped, think of how much data you actualy need –if you only use the internet for basic things such as searching the web and checking your social media, you may not require an Uncapped connection. Need to know what your ideal line speed would be?

In our opinion? Yes, it is – especially if you live in an area with limited broadband options. Who wouldn't want a reliable, high-speed internet service?

Yes. Here at Best Internet, we know sticking to something for a fixed term is not always the best –what if a better deal comes along, or what if you're not happy with your current provider and want to try someone new? In order to offer you the Best Internet possible –we provide deals both on a month-to-month basis and on a fixed contract.

If you're someone who is an avid gamer –we would say your preferred internet connection type is Fibre, but Fibre is not available everywhere, just yet. LTE is the next best alternative to Fibre –so, yes, an LTE connection would be good for gaming! Depending on your location and LTE signal strength –you'll experience no lagging at all. Compare LTE to Fibre Compare LTE to DSLIs 5G considered LTE?

Fibre is the latest broadband connection to hit the market –offering high speed, reliable internet and is a close competitor to LTE. LTE should be your go-to connection if you're ultimately after a connection that's completely wireless and offers fast internet speeds. Fibre, on the other hand, offers the fastest internet speeds and is the most reliable type of connection.

If you're someone who is always travelling, has no more than two people in your household, and you mainly use the internet for browsing, streaming videos and some light gaming –then LTE should be your preferred choice.

Someone who has more than 3 internet users in their household, has users who work from home and is a serious online gamer should consider a Fibre connection – if it is available in their area. If this is you –but Fibre is not available in your area –LTE is a great alternative to Fibre.

When it comes to internet speed, LTE is much faster than ADSL, and is also more reliable –but it can also be affected by external factors such as weather conditions. ADSL is more readily available in most areas as compared to LTE. LTE offers internet speeds between 10Mbps and 40Mbps, whereas ADSL provides speeds ranging from 1Mbps to 40Mbps. ADSL makes use of copper cables and works with a fixed telephone line, while LTE works off a wireless connection.

5G and LTE are considered to be two different types of connection. 5G refers to Fifth Generation and is the technology which was developed after 4G LTE. 5G was created to improve the performance parameters, such as coverage, peak rate and latency, of 4G LTE. The main difference between 5G and LTE is that 5G has an increased speed – using a radio frequency of 30 to 300 GHz, while LTE (which is based on 4G technology) involves a radio frequency of approximately 6 GHz.

Want to know if your address has LTE Coverage?

Check your coverage
OR

SITEMAP
GET IN TOUCH